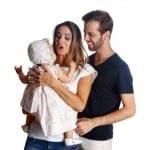 A heart-wrenching adoption dispute between a South Carolina couple trying to adopt a girl of Cherokee descent and the child’s biological father has reached the U.S. Supreme Court.

The court heard arguments recently about who should raise the girl, now 3 1/2. A ruling on the family law case is expected this month.

The child’s father, who is part Cherokee, is seeking custody under the Indian Child Welfare Act of 1978, which was “designed to prevent the breakup of the Indian family.” Congress has said that “in any adoptive placement of an Indian child,” a “preference shall be given” to a family member who is part of the child’s tribe.

The saga began four years ago when a single mother from Oklahoma with two young children got engaged to a soldier facing deployment to Iraq who had distant Cherokee relatives. Soon after she announced her pregnancy, the relationship soured, and she broke off the engagement.

After the woman opted to put her new child up for adoption, a South Carolina couple, who had not been able to have children of their own, jumped at the chance to welcome the baby girl into their home. They helped support the Oklahoma woman throughout her pregnancy and were at her bedside when the baby was born in September 2009.

When the baby was about 4 months old, the biological father was notified of the impending adoption and initially agreed. But he soon decided he had made a mistake and misunderstood what he was signing. Five days later, he sought custody of his daughter.

The South Carolina couple took the child home, but a family court ruled that the biological father was entitled to custody. The South Carolina Supreme Court affirmed that decision “with a heavy heart” in July 2012, saying that the couple were “ideal parents” who could “provide a loving family environment for the baby girl.” But the court also said that the child’s father had not given up his parental rights and that federal law required that his daughter go with him.

In December 2011, the South Carolina couple gave up the baby girl, and she moved to Oklahoma with her father. Since then, she has been living with him and his new wife while the case is on appeal.

Adoption law differs from state to state, and federal laws affect many procedures connected with the process. It is important for every party – adoptive and biological parents, as well as people searching for family members – to be aware of laws governing adoption.

When you're facing a divorce or other family law matters, or need a probate, estate planning, or real estate lawyer, turn to the attorneys that people in Lancaster, Fort Mil, and Indian Land trust. Contact Trimnal & Myers Attorneys for a consultation today.