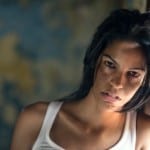 October is Domestic Violence Awareness Month, and victims’ advocates are asking the public to reach out to friends and family members and remind them that domestic violence is everywhere in our society. Hundreds of victims are murdered each year by someone close to them.

The South Carolina Coalition Against Domestic Violence and Sexual Assault (SCCADVASA), a statewide coalition made up of the 22 domestic violence and sexual assault advocacy programs in South Carolina, has led statewide efforts to serve the critical needs of survivors and their families.

“Domestic violence is a serious problem in South Carolina, which is ranked number one in the country for the number of women murdered by men,” says Colleen Bozard, interim executive director. “These men tend to have a close relationship with their victim. They are husbands, ex-husbands, boyfriends, ex-boyfriends or common-law husbands.”

“We advocate for social change and support a network of organizations that work with us,” Bozard says. “We don’t offer direct services, but we work to change the system and provide support to local service providers.”

The South Carolina Attorney General’s office noted that more than 36,000 victims report a domestic incident to law enforcement statewide annually. This is a staggering number, considering that many victims never call or make a report to law enforcement.

In South Carolina, 34 women were murdered as a result of domestic violence in 2010, and preliminary numbers indicate that number has risen in 2011 to more than 40 women.

The state’s ranking was reported in the Washington, D.C.-based Violence Policy Center’s September 25, 2013 publication, “When Men Murder Women: An Analysis of 2011 Homicide Data.”

Domestic abuse is an equal opportunity crime, affecting women in all walks of life, across race, income level, and ages, and even young girls, according to Bozard.

“We are seeing growth in violence against young people who are experiencing violence in their dating relationships,” she said. “Domestic violence is about power and control. Women lose their self-esteem in their relationships. Their partner chips away at it little by little. It involves emotional abuse, and physical abuse. Women live in fear, and their lives are about violence.”

Bozard advises victims to reach out to relatives, friends, clergy and employers for these support systems. She also offers some advice.

“If your friend or loved one is afraid of their spouse, it is very important to believe them, and to not take their fears lightly,” she says. “The one message you can deliver to victims is ‘it’s not your fault,’” she said.

And while a perpetrator’s tactics often include isolating a victim from her support network, it is important for the victim to know she is not alone.

If you or a loved one is a victim of domestic abuse, contact experienced South Carolina domestic violence lawyers.

When you're facing a divorce or other family law matters, or need a probate, estate planning, or real estate lawyer, turn to the attorneys that people in Lancaster, Fort Mil, and Indian Land trust. Contact Trimnal & Myers Attorneys for a consultation today.